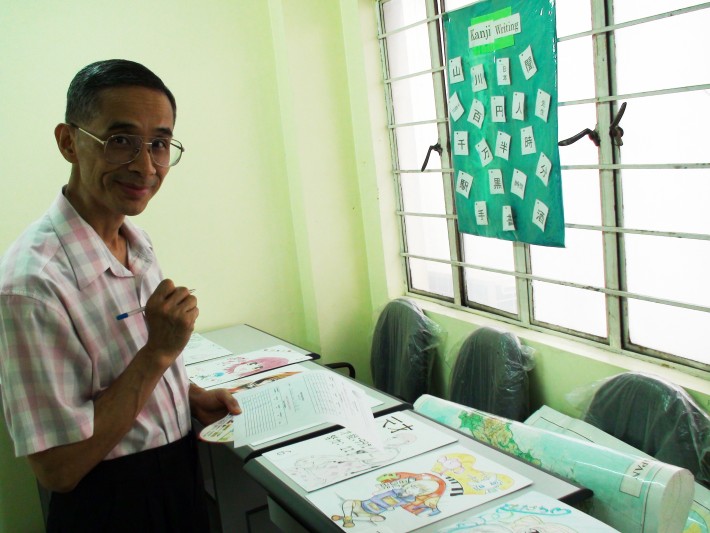 On March 6, NCF and PIJLC Academic Adviser, Kenjiro Ogata sensei celebrated his 65th birthday. Coincidentally, this year also marks his 25th year of unwavering commitment to Japanese language education in the Philippines. To celebrate the two joyous and momentous occasions, teachers, students, and staff of the schools presented a surprise tribute video to Ogata Sensei during the recently concluded Faculty Development Program (FDP) at the NCF Makati campus last March 19, 2017.

Before the video presentation, staff brought out a birthday cake and started singing “Happy Birthday” to Ogata Sensei to his surprise. After the greetings, FDP manager, Keli Biscarra Sensei, engaged the teachers in a short trivia game, which included fun questions and facts about the birthday celebrant.

In the tribute video, colleagues and students thanked Ogata Sensei not only for his invaluable contributions to the schools, but also for his support and guidance in their Nihongo studies and training. There were heartwarming anecdotes from students who are now also Nihongo teachers of how Ogata sensei taught them and helped them pass their Japanese proficiency test.

Moreover, staff and school administrators shared their stories about sensei that reflected the long history of his career as a Nihongo teacher in the Philippines. Throughout the 8-minute long video, Ogata sensei quietly watched with a big smile as everyone wished him good health and more birthdays to come. 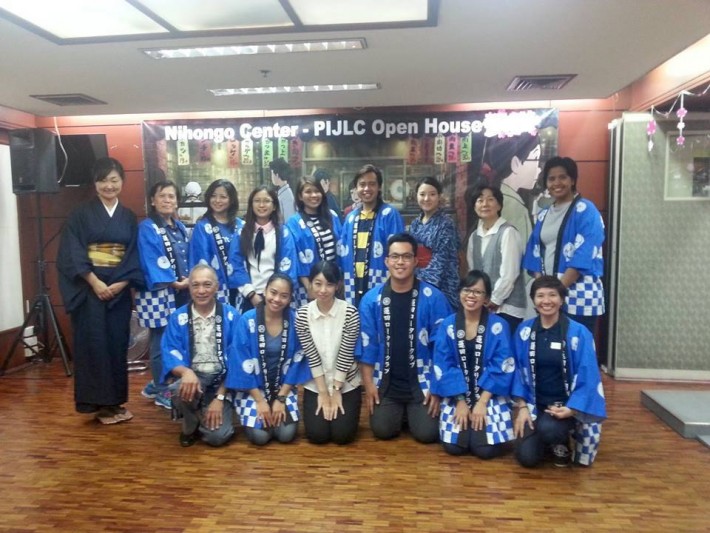 Fun cultural activities and free Japanese language lessons welcomed visitors to this year’s Nihongo Center Foundation (NCF) Open House. Held last October 8 from 9 a.m. to 4:30 p.m. at the Makati Campus, NCF students and guests participated and enjoyed activities like karaoke, cosplay, origami, and even got a chance to show off their drawing skills through the event’s annual drawing contest.

After the morning registration for visitors, the Open House kicked-off with the Kana Writing contest where participants displayed their writing skills in Hiragana. It was followed by the open-theme Drawing contest where the contestants’ artworks were judged based on neatness and the creative use of colors and shades.

In the afternoon, the much-awaited Karaoke contest drew an excited audience as 10 hopefuls tried to deliver their best renditions of their favorite Japanese songs. Songstress, Ms. Ruu Kurosawa, took the top prize for her performance of the song “Sandpiper.”

Also a major yearly activity in the NCF Open House was the Cosplay contest where participants dressed up in elaborate costumes and detailed make-up based on different popular Anime and video game characters. Pictures of the contestants were taken in the morning and posted for voting. Attendees of the Open House all had a chance to vote for their favorite cosplayer and winners were announced at the end of the day.

Aside from the cultural activities and contests, there were also games and booths from NCF’s partners in spreading Japanese Language and Culture like Heart International Corporation, Jellyfish Education Consultancy, Chikyujin, and Anizone. All visitors were also invited to posts their photos enjoying the activities on their Facebook account. Guests who got the most number of likes for their picture took home some cool prizes and gift certificates courtesy of NCF, The Philippine Institute of Japanese Language and Culture (PIJLC), and Kake Educational Institution.

Other activities that were lined up throughout the day included:

“The Open House is held annually to provide a venue, not only for our students but for anyone who is interested, to experience Japanese cultural activities and pop culture. Smaller in scale and scope than Japan Foundation’s event, it has a community feel, a bunka matsuri atmosphere. Nihongo Center aims to foster not only love of language but also culture, which is an integral part of language acquisition.”

For the list of winners and event photos, please refer to the links below.