Inspired by the Dai-Dai Senpai of Philippines-Japan friendship, Ambassador Jose S. Laurel III, SAPILNIP is envisioned to be an all-embracing association of Filipinos who have studied and lived in Japan but who do not qualify for membership in any of the other PHILFEJA-affiliate associations. It was organized in 1993 as a resurrected version of the original SAPILNIP Jose Laurel III himself founded during the war in 1943 or 50 years after its short-lived establishment. While the conditions and objectives of the wartime association and current group vastly differs, the spirit of promoting understanding, cooperation and harmony between Filipinos and Japanese remain firmly embedded in the hearts and minds of its members, then and now. 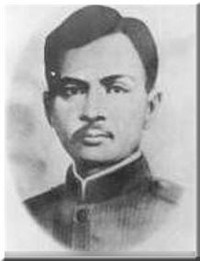 was chosen as adviser and guide of SAPILNIP. Gen. Ricarte was the only leader of the Revolution against Spain who never recognized the American regime. He opted to be exiled to Japan for a long time rather live in his occupied homeland. While in Japan, Gen. Ricarte was recognized by the Filipinos who lived there as a hero worthy of adulation.

At the onset, SAPILNIP was successful in its activities. However, while the Japanese Occupation lingered, resentment was building up against the enemy soldiers, and it became dangerous for the members to continue the activities of the organization. For this reason, Mr. Laurel III decided to discontinue the group’s work, resulting in its eventual dissolution.

Gen. Ricarte died during the last days of the war. The young Laurel accompanied President Laurel to Nara where the Japanese army brought them. After the war, the Laurel’s were imprisoned at Kamioka in Yokohama and Sugamo in Tokyo under the custody of the American Forces. They were later brought to Manila where they were once again imprisoned at Muntinlupa. After some time, the Laurel’s were proven innocent of the charges brought against them, whereupon they were set free to pursue their careers in law and politics. Mr. Laurel III was Philippine Ambassador to Japan from 1966 to 1971, which marked his return to the Philippines as a form of protest against the removal of his elder brother as Speaker of the House of Representatives. The Congress was eventually closed with the declaration of Martial Law by then President Ferdinand E. Marcos.

Some fifty years after the end of the war, Mr. Benjamin C. Laurel, son of Ambassador Jose S. Laurel III, decided to revive SAPILNIP and pursue its objectives, this time, under conditions of peace. On the 30th of July 1993, SAPILNIP was reborn under the leadership of Mr. Benjamin C. Laurel, and his colleagues Ma. Elena L. Loinaz, Philip B. Sanvictores, Reynato E. Guatlo, Benjamin T. Subido and Cesar T. Subido. On this rebirth of SAPILNIP, Ambassador Laurel was chosen as adviser and guide of the organization.

The primary objective of the organization is to bring together the Filipinos who studied and lived in Japan who are not yet members of other Japan alumni groups in order to foster friendship and unity, and to promote activities that will bring about progress in the fields of science, culture and education. SAPILNIP firmly believes that our growth in the fields of education and science is the foundation of our national progress. And just like its namesake, the revitalized SAPILNIP aims to contribute to greater and better relations between Japan and the Philippines.