PHILJEC Welcomes New Members and Board of Trustees
in an Afternoon Get-Together
August 15, 2019

PHILJEC Holds Special Board Meetings for Activities in 2020
July 1 and August 6, 2019 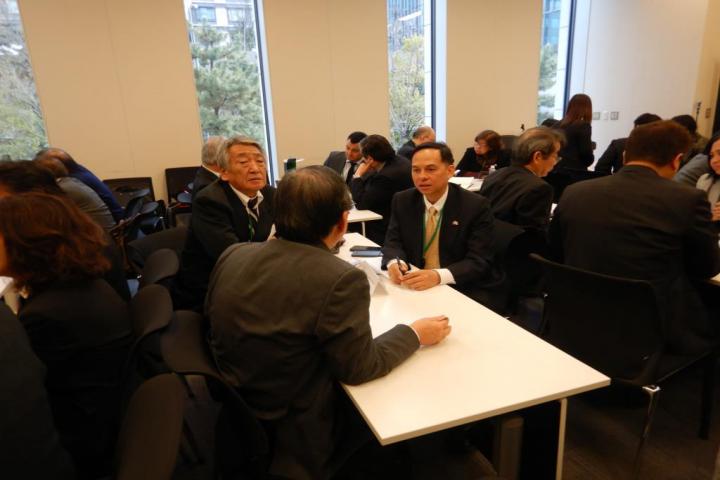 An Annual Joint Meeting is held with alternating venues in the Philippines and Japan. The Joint Meeting focuses on business and socio-economic conditions in both countries, current developments in trade and commerce, new areas for investments and business opportunities. More than 100 top businessmen from both countries regularly attend this Joint Meeting.

Many other Philippines–Japan activities are undertaken by PHILJEC with other organizations such as the Japanese Chamber of Commerce & Industry for various economic and trade missions both in the Philippines and in Japan.

Most recent news articles and announcements.