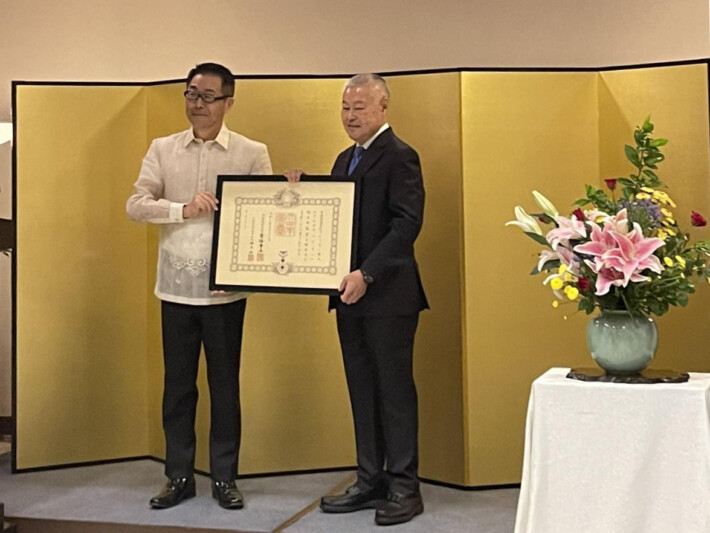 The 47th ASEAN-JAPAN Business Meeting (AJBM) hosted by The Philippines-Japan Economic Cooperation Committee (PHILJEC) and by the Japan Association of Corporate Executives (Keizai Doyukai), was held last March 10, 2022, through an online webinar platform. A total of 261 attended the Meeting. The theme is as follows: Beyond COVID-19: Envisioning the Future with Digitalisation in ASEAN and Japan.

The opening ceremony began with the welcoming remarks by Mr. Gerard B Sanvictores, Chairman of AJBM Philippines as well as by Mr. Kengo Sakurada, Chairman of Keizai Doyukai. Following this were the guest remarks, keynote speech, and introduction given by H.E Mr. Kazuhiko Koshikawa, Ambassador of Japan to the Philippines; H.E. Mr. Ramon M. Lopez, Secretary of the Department of Trade and Industry; and Mr. Nobuhide Hayashi, Chairman of AJBM Japan and former Chairman of Mizuho Bank, Ltd., respectively.

Following the opening ceremony, the first plenary session started with the topic of “Living with Corona”, where the esteemed speakers focused on building a socioeconomic system suitable for living with Corona. The moderator for this session was Mr. Shazali Sulaiman, the founder, and partner of Shazali and Partners. The panelists are as follows:

The plenary session 2 followed with the topic centered on “Responding to Climate Change: Renewable Energy and Green Businesses”. The discussion was moderated by Mr. Patrick Tang from Singapore under the Mobile & Connectivity Partnerships and META. Esteemed speakers for this session are as follows:

Shortly after the plenary session 2, plenary session 3 with the topic entitled “Start-up & Innovation: Paving the Way to the New Normal through digitalisation” moderated by Mr. Masahito Honma, the General Partner of Incubate Fund Co., Ltd. has started. The discussion was conducted by CEOs from different companies across the ASEAN, these esteemed speakers are:

In conclusion of the event, the Chairmen of AJBM Philippines and AJBM Japan, Mr. Gerard Sanvictores and Mr. Nobuhide Hayashi, respectively, delivered their closing remarks. Finally, Mr. Yuji Hirako, Chairman of AJBM Japan and President & CEO of All Nippon Airways, Co., Ltd., informed the body that he is looking forward to welcoming everyone at the 48th ASEAN-Japan Business Meeting in Japan at a date and venue to be advised in due time.