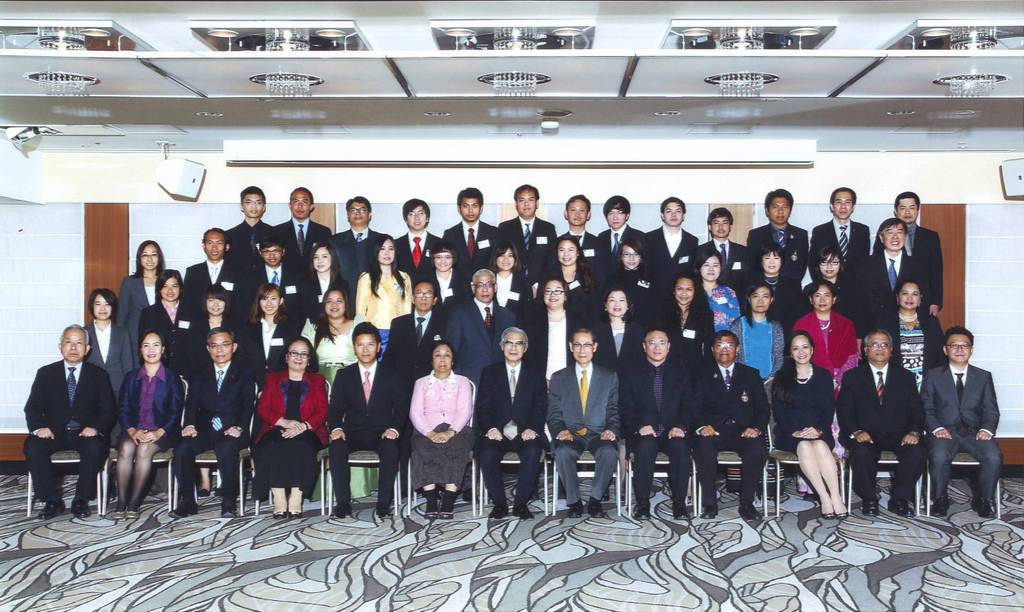 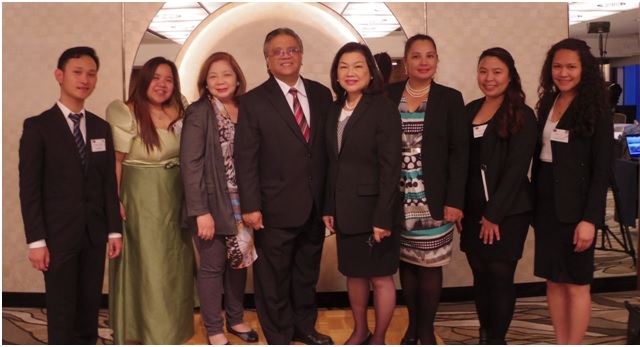 ASJA-MEXT Scholars who attended the 2015 ASJA Commencement Exercises Reception with the PHILFEJA Delegation.

Asia Japan Alumni (ASJA) International arranged a courtesy call/dialogue with ranking Parliamentarians of the National Diet of Japan for its Board of Directors composed of ASCOJA Governors serving ASJA in ex-officio capacities.  The group of Japanese members of Parliament who received the ASJA Directors last March 26, 2015 was led by Assemblyman Yasukazu Hamada, Chairman of the Foreign Relations Committee of the ruling LDP and Assemblywoman Toshiko Abe, Deputy Minister of the Ministry of Agriculture, Forestry and Fisheries.  Assemblyman Tatsuo Fukuda served as the session moderator.

The following members of the National Diet attended the hour-long meeting:

Each ASJA Director was allowed a minute of self-introduction.  The Members of Parliament were all visibly impressed as all the Directors spoke in fluent Nihongo.  PHILFEJA President Philip B. Sanvictores, concurrently ASCOJA Chairman informed the Japanese legislators about the forthcoming 21st ASCOJA Conference to be held in Manila.  He talked about the conference theme: “ASCOJA in an Integrated ASEAN”, stressing the relevance of the topic given the launch of the ASEAN Economic Community (AEC) within the ensuing year 2015.

After the meeting with the Diet members, the group was given a tour of the National Diet building, a rare opportunity as tours are generally permitted only upon the endorsement of a Member of Parliament. 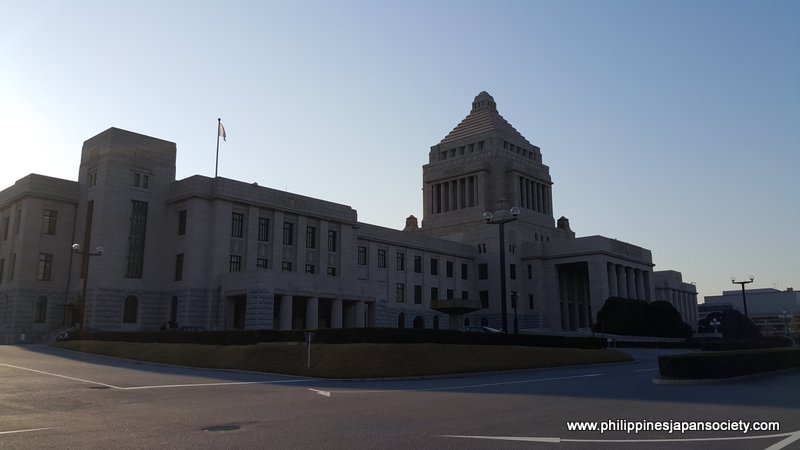 The construction of the Diet building was completed in November 1936 which took 17 years from 1920.  It is located on a 10-hectare property in Nagatacho across the Imperial Palace grounds.  It has a floor area of 53,464 square meters with its central tower rising 65 meters to the top.

A Diet guard escorted the group to the public areas.  Along the route, it is easy to observe the elegance, the royal ambience, the architecture heavily influenced by European classical and baroque lines.  Diet trivia interspersed the introductions to each room, corridor and hall.  The red carpet that line the corridors and staircases run over 4 kilometers; the Central Gate is opened only when the Emperor enters the Diet; there is an Emperor’s Room for the exclusive use of  His Majesty the Emperor, as there are three balconies overlooking the man chamber.  All materials and structures in the edifice were made locally except for three items – the antiquated postal system made by Cutler of the US, the locks on all the doors (also made in the US since Japan did not yet have the technology for making master keys at that time), and the stained glass over the main chamber which was made in and imported from the U.K.  The columns lining the central section of the building are made of marble from Okinawa which still bear fossil crevices, a unique feature décor of the Diet building.

No photos are allowed inside the complex, except in the meeting room where the ASJA-ASCOJA group was received.  Tour guides were quick to restrain any form of digital recording while inside the premises.  A photo session was however allowed outside, with the iconic Diet building blocking the looming sunset. 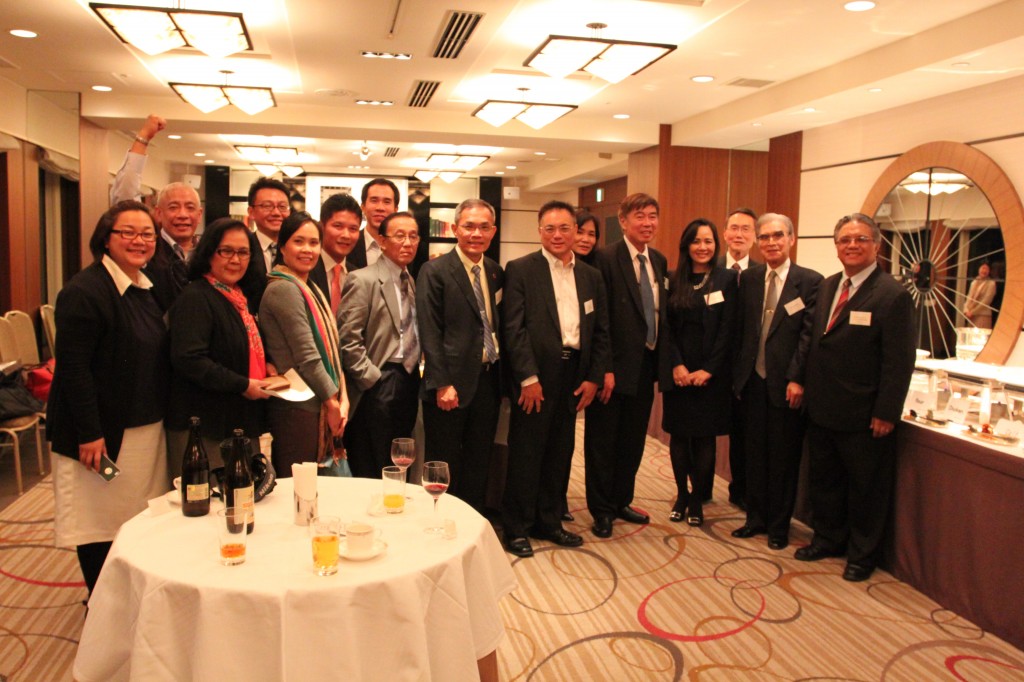 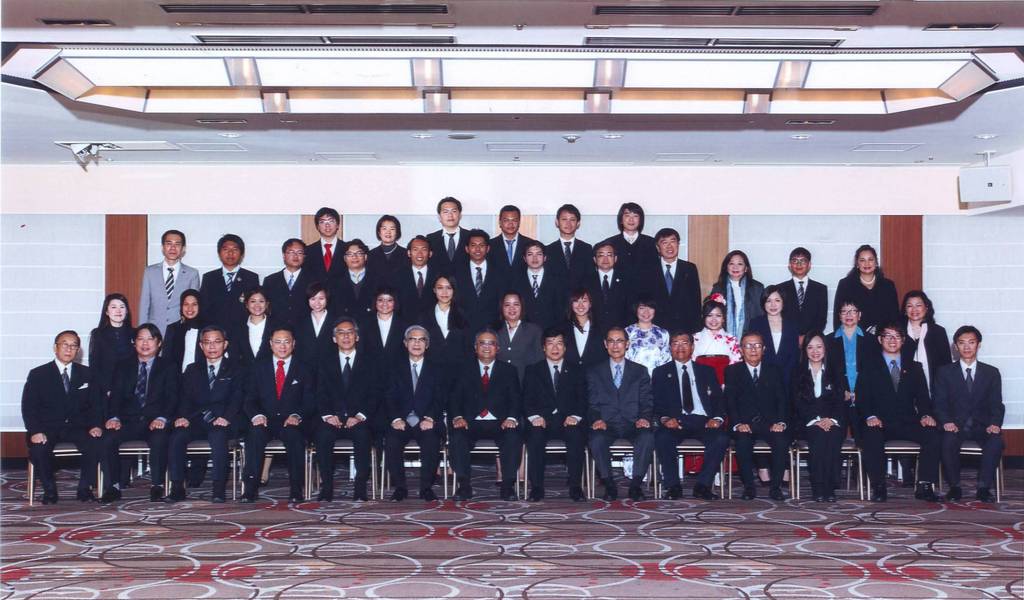