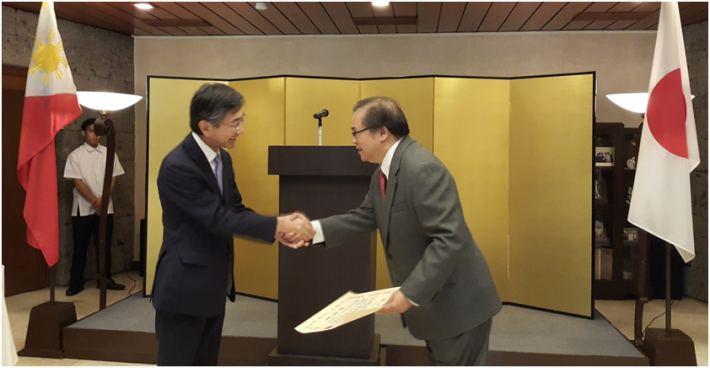 September 16, 2015by Philip Sanvictores in PJS

On behalf of the Ministry of Foreign Affairs of Japan外務省, Ambassador Kazuhide Ishikawa conferred the Foreign Minister’s Commendation on two Filipinos closely associated with the Philippines-Japan Society in simple yet appropriate conferment ceremonies held on September 16, 2015 at the Ambassador’s residence in Makati.

Mr. Sanvictores was cited for his long and outstanding service in promoting Philippines-Japan relations, notably as Vice-President of the Philippines-Japan Society and, more recently, as co-Chairman of PHILJEC. As PHILJEC Secretary-General for many years, he spearheaded preparations for the annual joint meetings of the Economic Cooperation Committees of the Philippines and Japan. The 2015 PHILJEC Joint Meeting was held in Tokyo in April 2015 which was followed by a highly successful Philippine investment seminar. PHILJEC also assists in state and working visits to Japan of Philippine Presidents, the latest of which was the State Visit of President Benigno S. Aquino III in June 2015.

Mr. Sanvictores was a Partner of SGV & Company (Ernst & Young) for 36 years where he had assisted many Japanese investors set up operations in the Philippines. He was also a ranking member of the Philippine Institute of Certified Public Accountants (PICPA) and is currently a Member of the Board of Accountancy by way of a Presidential appointment.

Dr. Mahiwo, on the other hand, was a regular fixture of Japan alumni activities, serving for many years as Secretary-General of the Philippine Federation of Japan Alumni (PHILFEJA) and working closely with counterpart officials of the ASEAN Council of Japan Alumni (ASCOJA) and their member Japan alumni associations in ASEAN. Dr. Mahiwo earned his masters and doctorate degrees from Tokyo University in 1991 and has served at the University of the Philippines as a Full Professor. He was also a consultant of the Embassy of Japan in Manila on various matters and assisted in the selection of Japan Government scholars under various programs. As a Professor on International Relations of the Asian Center in UP Diliman, Dr. Mahiwo published numerous research papers and studies on Philippines-Japan, intra-ASEAN and ASEAN-Japan relations and was thus recognized as one of the country’s eminent Japanolgists. He died in July 2015 and this award was presented posthumously to his widow, Atty. Teresa Mahiwo. 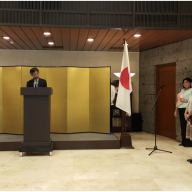 Ambassador Kazuhide Ishikawa of Japan welcoming the awardees during the conferment rites for the presentation of the Foreign Minister’s Commendation held 16 September 2015 at the residence of the Japanese Ambassador in Forbes Park, Makati 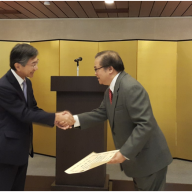 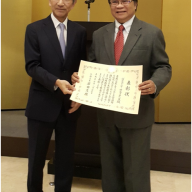 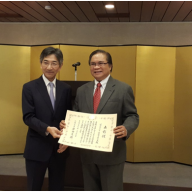 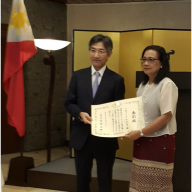 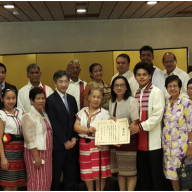 The family and friends of Dr. Mahowo who attended the conferment ceremony pose with Ambassador Ishikawa. To the left of Atty. Tet Mahiwo is their only son, Asa Mahiwo who is now a freshman at the University of the Philippines. 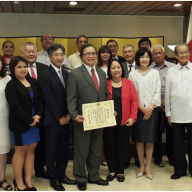 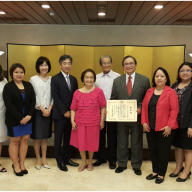 Families and associates of the awardees were present during the conferment ceremonies, which was also attended by ranking officials of the Embassy of Japan, the Japan Chamber of Commerce and Industry in the Philippines and the Japanese Association Manila.