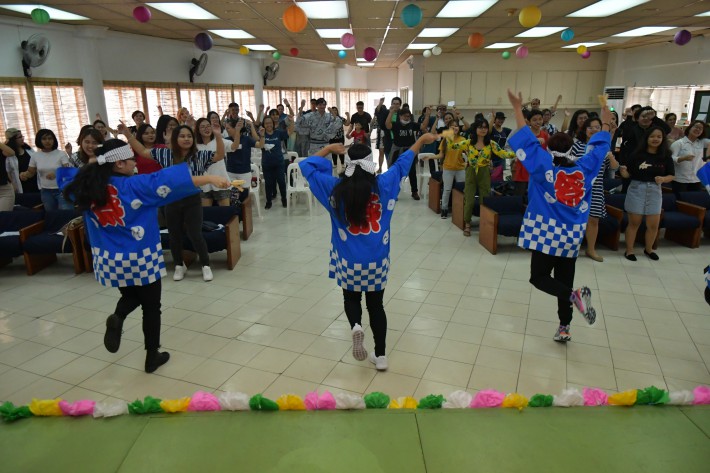 NCF and PIJLC opened their doors once again for the annual Open House, held on October 12, 2019 at their Manila branch. The schools welcomed over 200 guests who participated in different contests and workshops related to Japanese language and culture.

The morning program opened with a lively Yosakoi dance performed by Jovy Sensei and her Basic Japanese class students. Yosakoi is a unique style of dance that originated in Japan and is performed at festivals and events all over the country.

One of the most loved activities in the Open House is the Karaoke Singing Contest, which opened the afternoon program. There were 14 contestants who showed off their talents in singing popular Japanese songs. Top winners (listed below) received tuition incentives prizes and NCF memorabilia.

A fun trivia game about culture and travel was also held during the morning and afternoon program. Participants were given two choices and had to line up in front of their answer.

Contest winners for the Kana Writing were announced in the morning, while winners for the Drawing and Cosplay contests were awarded during the afternoon program. The winners are listed below:

The Open House welcomed guests from 9 a.m. to 4:30 p.m. This year’s Master of Ceremonies was Vianca Ramirez-sensei.