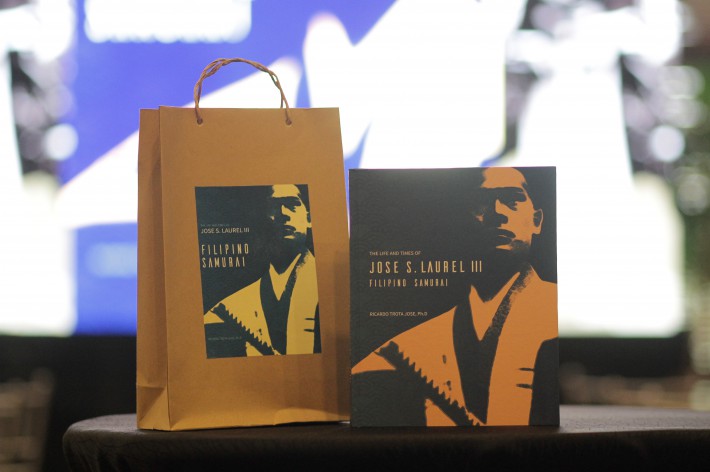 The world knows the samurai as Japan’s warrior class who strictly followed the Bushido—a code of ethics characterized by loyalty, self-discipline, respectability, dignity, chivalry, valor, courage and honor. But there is a Filipino samurai who held true to these virtues and whose life is now chronicled in the new book “Filipino Samurai: The Life and Times of Jose S. Laurel III.”

The afternoon’s emcee, PIJLC & NCF President, Mr. Philip B. Sanvictores, shared the message on behalf of his father, Ambassador Benjamin F. Sanvictores, and Japanese Ambassador to the Philippines Koji Haneda gave a toast during the event. Dr. Rico Trota-Jose also graced the event and intimated some of his experiences while writing the book.

PJS President, Mr. Francis C. Laurel, delivered his closing remarks to wrap up the momentous occasion. This was followed by a serenade of songs by Mr. Cocoy Laurel.

Ambassador Jose S. Laurel III had a long-standing relationship with Japan and the Japanese people. He lived and studied in Japan for several years and eventually served as the Philippine Ambassador to Japan from 1966 to 1971. To the community of former Filipino students in Japan, Ambassador Laurel III is affectionately referred to as “Dai Dai Senpai” who established The Philippines-Japan Society and The Philippines-Japan Friendship Foundation and endeavored towards his lifelong advocacy of strengthening friendly relations between Filipinos and Japanese based on the principles of equality, mutual respect, and better understanding.