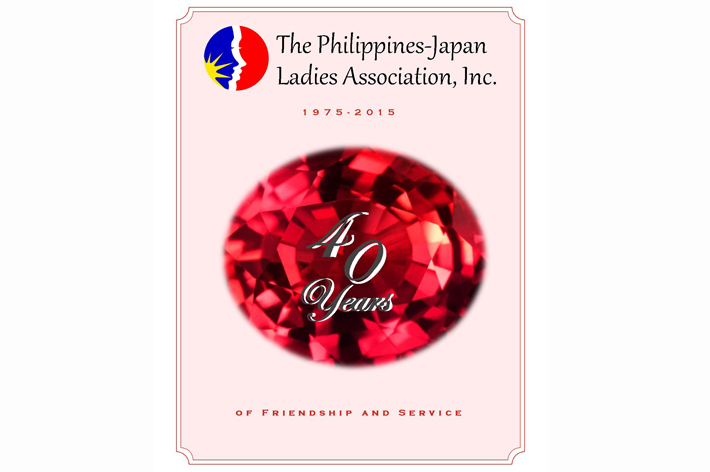 The Philippines-Japan Ladies Association (PJLA) celebrated its 40th Anniversary on August 22, 2015 with a Dinner Reception held at the Manila Golf & Country Club、Harvard Road, Forbes Park, Makati City. Three members were conferred Merit Awards in recognition of their invaluable contributions to PJLA through the years. These were: Mrs. Haruko Murakami, Mrs. Herminia L. Alcasid, and Mrs. Josefina B. Sanvictores.

Before the awarding ceremonies, the guests were regaled by highly acclaimed artist-singers, namely: Aisaku Yokogawa – a popular Japanese entertainer who grew up in the Philippines and is thus trilingual (Nihongo, English and Tagalog); and Ms. Gerphil Geraldine Flores (recently won 3rd place in Asia’s Got Talentcompetition).  The highlight of the program however was the master entertainer-singer-composer, Mr. Ogie Alcasid (son of the awardee) and his wife Ms. Regine Velasquez-Alcasid (known as Asia’s Songbird), for their beautiful and very entertaining numbers.

The citations and responses of the awardees, as well as the speeches of Mrs. Loinaz and Mdme. Ishikawa are provided in this link. Photos of the affair may be accessed at Google Drive.